Carolinas Aviation Museum was founded in 1992 by Floyd and Lois Peithman Wilson and is located alongside Charlotte Douglas international Airport. The museum highlights stories of heroism, innovation and hope in the aviation industry but also offers hands-on learning and STEM education experiences to learners of all ages.

A new master plan was developed to move the museum from the airport’s original 1932 hangar to a new facility. This master plan was completed in 2018 in coordination with CLT airport. The new building makes it possible for new state of the art displays and immersive and more interactive experiences for visitors. The aircrafts are also being held in climate controlled rooms.

The Museum has several exhibits holding different types of aircrafts. The four types you will see here are commercial aircrafts, civil aircrafts, military aircrafts and helicopters.

Commercial aircraft exhibit – in this exhibit you will see the US Airways Flight 1549 “Miracle on the Hudson”, Eastern Airlines DC -7B and Piedmont DC -3. The DC-7 was the last piston engine airliner designed by Douglas. It was capable of flying from New York to London non-stop. This particular aircraft sat unused for 30 years but was restored in 2002 and certified to carry passengers.

The DC-3 dubbed the “airliner that changed the world” was made to compete with the Boeing 247.  With a higher range and high speeds the DC-3 revolutionized the transportation industry.

Civil Aircrafts exhibit – The aricrafts to see in this exhibit include; The Gulfstream GII – the first long range corporate jet which was also the first prototype and production aircraft; Cessna 150L – this is one of the most popular small engine aircrafts ever built. The 150 carries two passengers and is mostly used as a trainer plane though it is not in production anymore. Other planes in this exhibit include; Savoia Marchetti S.56C, ERCoupe and The Wright Flyer (a replica). 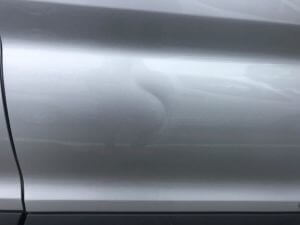 Military aircraft exhibit – this exhibit includes aircrafts such as; Sopwith Camel, Boeing/Stearman PT-17 Kaydet, McDonnell Douglas F-4 Phantom II which is the most used combat jet of its time, Supersonic Flight aircraft like the F-101 Voodoo and F-102 Delta Dagger and so many others.

Helicopters Exhibit – this exhibit holds the CH-46D Sea Knight which was used to help rescue 20 marines stranded behind enemy lines in the Vietnam War and the QH-50 DASH which was the first unmanned aerial vehicle (UAV or drone) to be used in the military back in 1963.

Besides these exhibits there are also some current affair exhibits showcased at the museum which change from time to time. The Carolinas Aviation Museum also operates collections library.