The Charlotte Motor Speedway is a motorsports complex in Concord North Carolina. Formerly it was known as the Lowe’s Motor Speedway. The complex was designed and built by Bruton Smith and his partner who was also a driver, Curtis Turner in 1959. The first 600 NASCAR race was held at the venue in June of 1960.

The complex has hosted many big races including the Indycar Series which was hosted from 1997 to 1999. During lap 61 in 1999, a terrible crash happened led by a car losing a tire.

The tire and debris were propelled into the grandstands injuring eight spectators while killing three others. This unfortunate event and another that happened in Michigan led to new rules. Racing cars were required to have tethers that would prevent the tires from breaking away in a crash.

The catch fencing was also required to be raised to 21 feet with 6 feet overhangs to prevent debris from entering the stands. In May 2000 another disaster occurred when a pedestrian footbridge collapsed dropping people 17 feet to the ground. 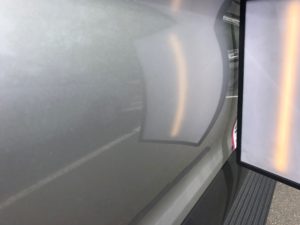 About 50 people were injured which led to so many lawsuits against the Charlotte Motor Speedway. This is considered the biggest disaster in NASCAR history.

The Charlotte Motor Speedway hosts a variety of events over the year including; CocaCola 600, Monster Energy NASCAR All-star Race, Drive For the Cure 200, Alsco 300, World of Outlaws, NASCAR Xfinity Series, North Carolina Education Lottery 200 and many others.

You can tour the Charlotte Motor Speedway to enjoy a behind the scenes experience even when the events are on. With the tour you can get to visit the NASCAR Cup Series garage, down pit road, two infield tracks and the Winner’s Circle to get your photo taken.

During the tour you will learn facts about the tracks while enjoying a comfortable ride around the superspeedway. Here you will feel the full tilt force due to the 24 degree banking on the track. You also get to visit the zMAX Dragway and the Dirt Track.

If you are touring during event time, the tour will take you to other must see attractions around the Charlotte Motor Speedway including; race shops and local breweries. For school children there is a tour geared towards school groups to enhance STEM learning.

The tour takes the children to different stations where they can learn science concepts such as banking, friction, speed and acceleration amongst others.

The Charlotte Motor Speedway also offers event camping at the campgrounds. Here you can enjoy tent camping, space for your motorhome, and so much more at affordable prices. Camping can be done by the whole family too. There are ample amenities in the area to cater for campers and security is assured.

The Charlotte Motor Speedway has Quad oval, Road course and Oval, NASCAR road course, The Dirt track and ZMAX Dragway tracks for different events covering a total of 2000 acres. The ZMAX Dragway is the only all concrete, 4-lane drag strip in the US.